On my visits to the U.K., I am sometimes asked to visit farms where there is a challenge for which another set of eyes are required. I visit many units to help support the farmers improve their efficiency and optimize production. It is interesting to see the number of different issues I am asked to advise on including mastitis, lower milk production and cows not getting into calf. Cows regularly getting pregnant and having a calf is essential in running an efficient operation and so it is important that all cows are healthy. Reproduction work for a vet is an important part of our dairy work. When done routinely we can spot problems early, but also help the herd perform much more efficiently. But occasions can occur when, even though regular veterinary routines are done, issues can arise. As farmers you will be very aware that there are several factors that can help or hinder the reproductive efficiency of your herd. When a problem occurs then it is important that these factors are investigated. 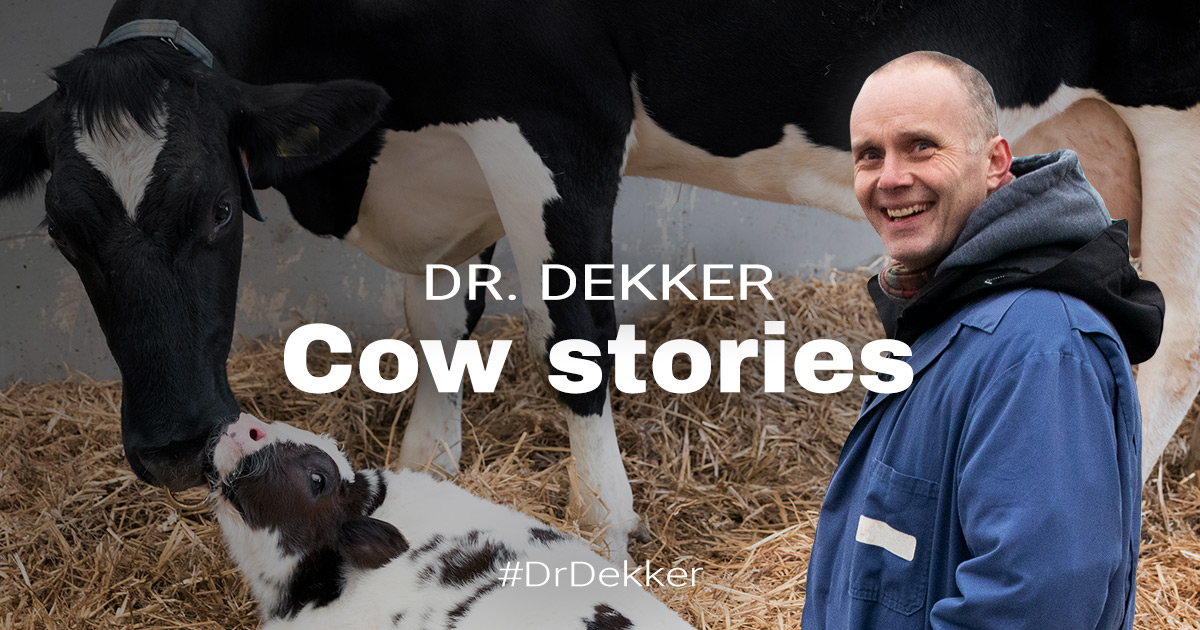 Hi, I am Dr. Dekker, a nutritional expert for dairy cows. I meet and visit many different farmers in different countries. Each with their own story, way of working, but always with the goal of taking great care of their cows, while also being sustainable and profitable. Some stories are inspiring and worth sharing! It is always nice to read how other colleagues in Europe are developing and improving their farms. In this article I would like to share the story about a Welsh dairy farm who was concerned about his cows that were taking longer to get pregnant. A few years ago, I was invited onto a 600-cow indoor all year calving herd. John, the farmer, was very proactive and had invested into lots of technology on the farm including robotic milkers. The Holstein-Friesian cows were well looked after with regular fertility visits, lameness assessments and a bespoke vaccination regime. The data was electronically collected and recorded, so any issues were quickly detected and dealt with. Over the last few years, the cows had only had a few mastitis cases, and this was being well controlled.

Over a period between May and June, John started to find that some of the cows were taking longer to get pregnant. The number of inseminations to get pregnant increased. Once pregnant however, the pregnancy progressed as normal. It had been detected that the number of cows showing heat had reduced. On ultrasound of their reproductive system, the ovaries had little sign of cycling. The farmer was concerned as this was costing him money on wasted AI straws and time while also meaning his predicted herd calving dates were becoming unbalanced. He liked predictability which was becoming more difficult.

His vet had tried using different treatments such as prostaglandin and progesterone devices for timed AI. The levels of energy in the diet were also increased under the advice of the nutritionist. Bloods were taken to check biochemistry and disease markers which came back normal. 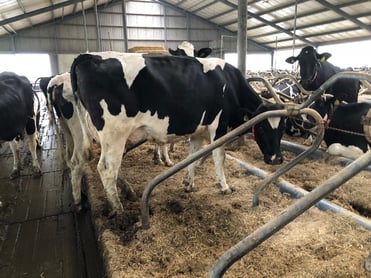 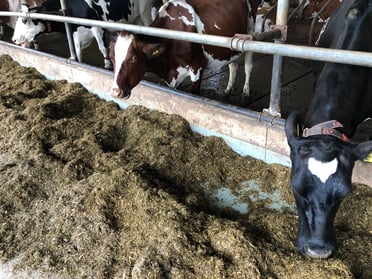 It was a very warm time with the outside ambient temperature being 20⁰C. When the shed was assessed, it was 26⁰C with a humidity of 50. This was checked on a Temperature Humidity Index table (THI) which indicated that the THI was 73. Usually anything over 71 would indicate a heat stress on the cows and so it was something the farmer and I decided to work on reducing. First, we wanted to see if this was consistent throughout the week. The farmer sent me back the readings for the rest of the week which confirmed a high THI for the whole period.

The shed had large modern fans with opening on the sides and top of the shed. We used smoke bombs to check the airflow, which highlighted many dead spots for ventilation. The water troughs were adequate with a good flow rate.

Solutions to the problem

We decided to try opening the sides of the shed more and increasing the size of the open ridges in the roof. We also changed the routine of feeding the animals and decided to feed the animals at cooler times of the day.

We retested the shed using smoke bombs which showed a large improvement in the ventilation. The farmer was advised to keep monitoring the THI in the shed, as well as collecting his usual data.

Over the next few weeks, the cows showed improvement with the rates of confirmed pregnant cows increasing. It was a quicker response that I thought would happen and was good to see. There were other options that were discussed with the farmer and the plan was to work on this for the following year before the heat event. 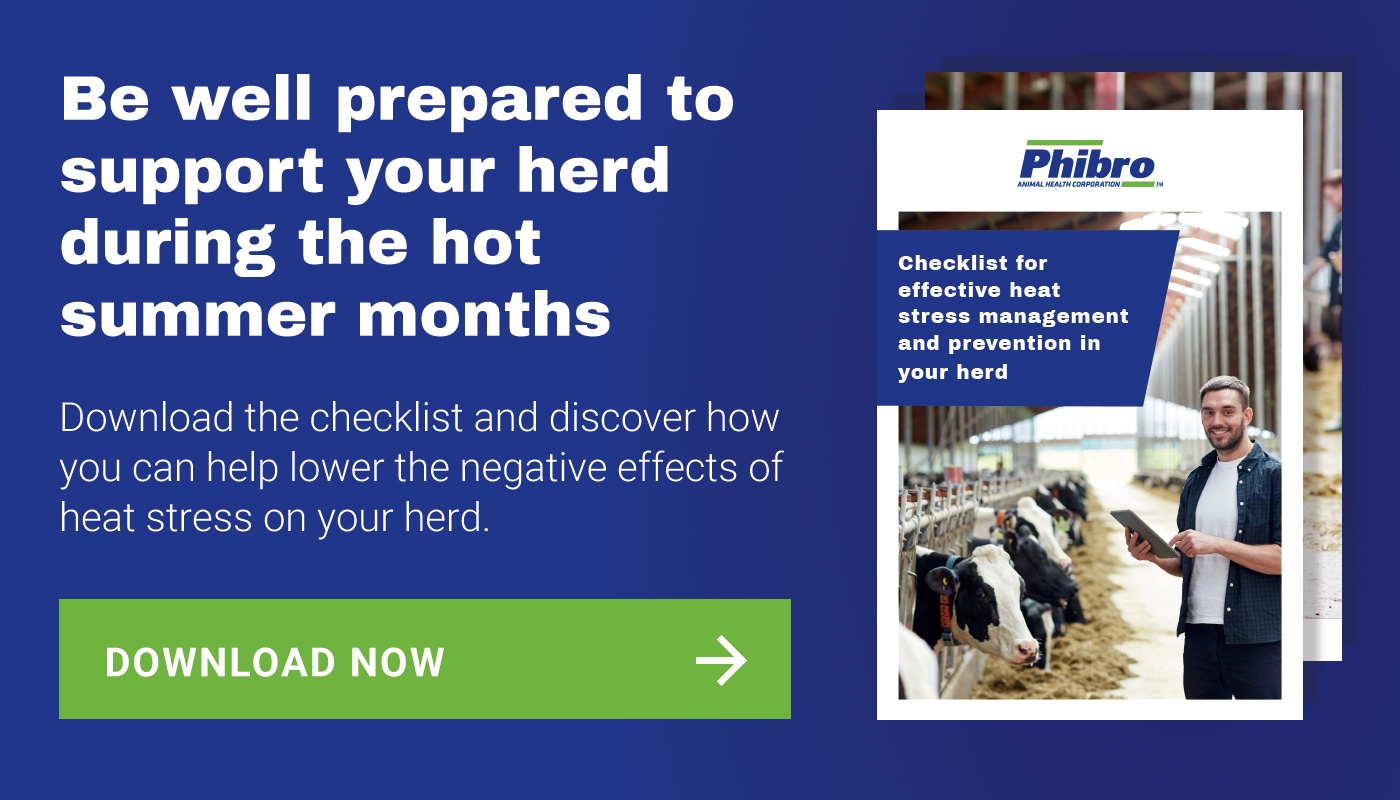 Heat Stress needs to be considered and dealt with

It is important to consider how to mitigate heat stress before the event and even the best sheds may be prone to cows from suffering from Heat Stress. There are many options and so it is important to investigate all of them.

What can you do now?

Heat stress is a problem even in the U.K. and the signs can be subtle in the cow but can have big effects on production and efficiency. It is important to consider this as a factor when looking to improve production and improving health. Go through our checklist to see how well you are prepared for heat stress. We can support you and provide advice, please book a free heat stress assessment to see how we can help you. 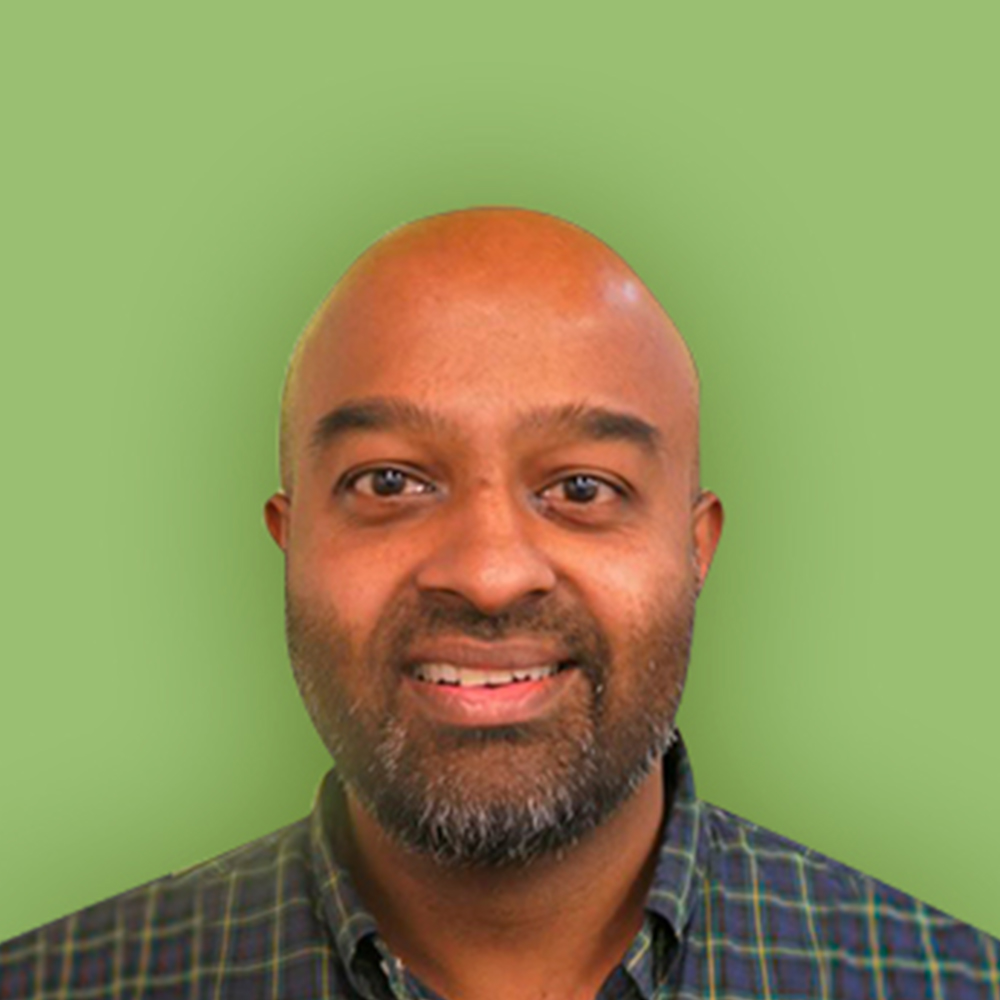 Navaratnam Partheeban
As a Dairy Veterinarian, Theeb is very passionate about the health and welfare of dairy cows and ways to improve productivity of the dairy farm. He finds it important to spend time with farmers and allied industries to help find solutions to on-farm and agricultural sector problems.
Return to blog
SHARE 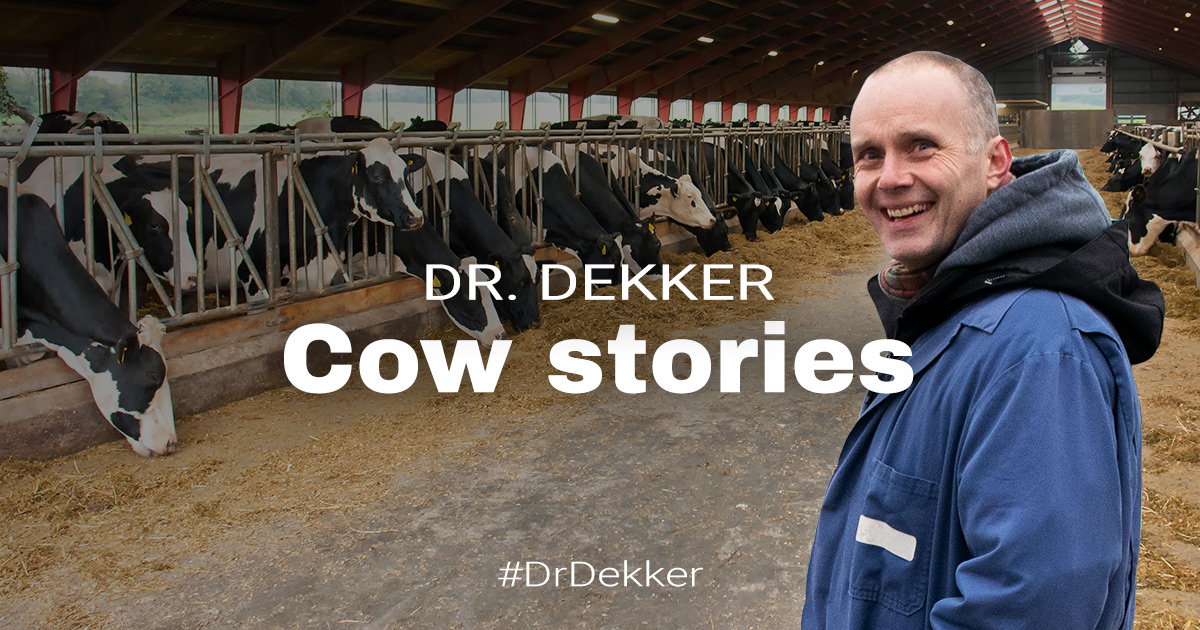 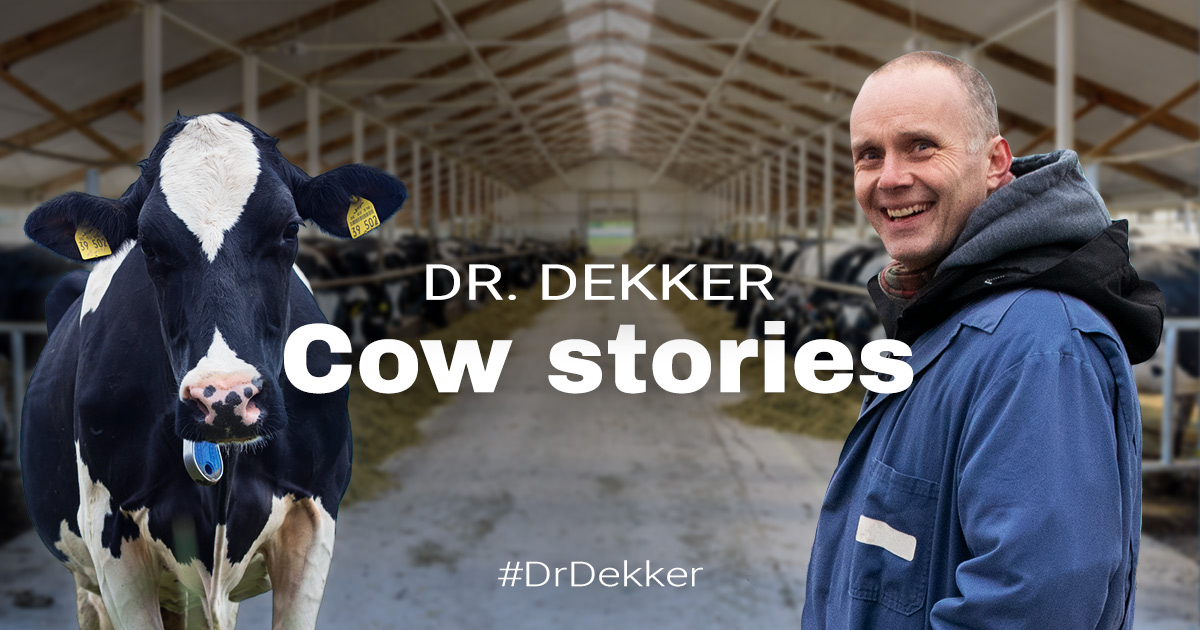