Protecting the health and productivity of dairy cows

The key to minimising the impact that infectious diseases and disorders such as mastitis, ketosis and milk fever can have on dairy cow productivity is to minimise external stress factors through good management, and to support the immunity of your animals through appropriate nutrition.

Get an immunity assessment

Even on the best managed farms change is unavoidable. Any change is an opportunity for your cow to become stressed. How do you prevent stress impacting immunity?

Stress is the most important factor

Stress is one of the largest threats to a cow’s immunity and overall health. The biggest contributors to stress are changes in daily routine and to the environment in which your cows are housed. While some sources of stress, such as the weather, calving, and bulling can’t be controlled, the impact they have on health and productivity can be minimised through effective herd management.

Calving represents the biggest change in a cow’s lactation; her ration changes, her social environment changes and some degree of stress in inevitable. These stressors are responsible for the production of the stress hormone cortisol, which negatively impacts immunity. 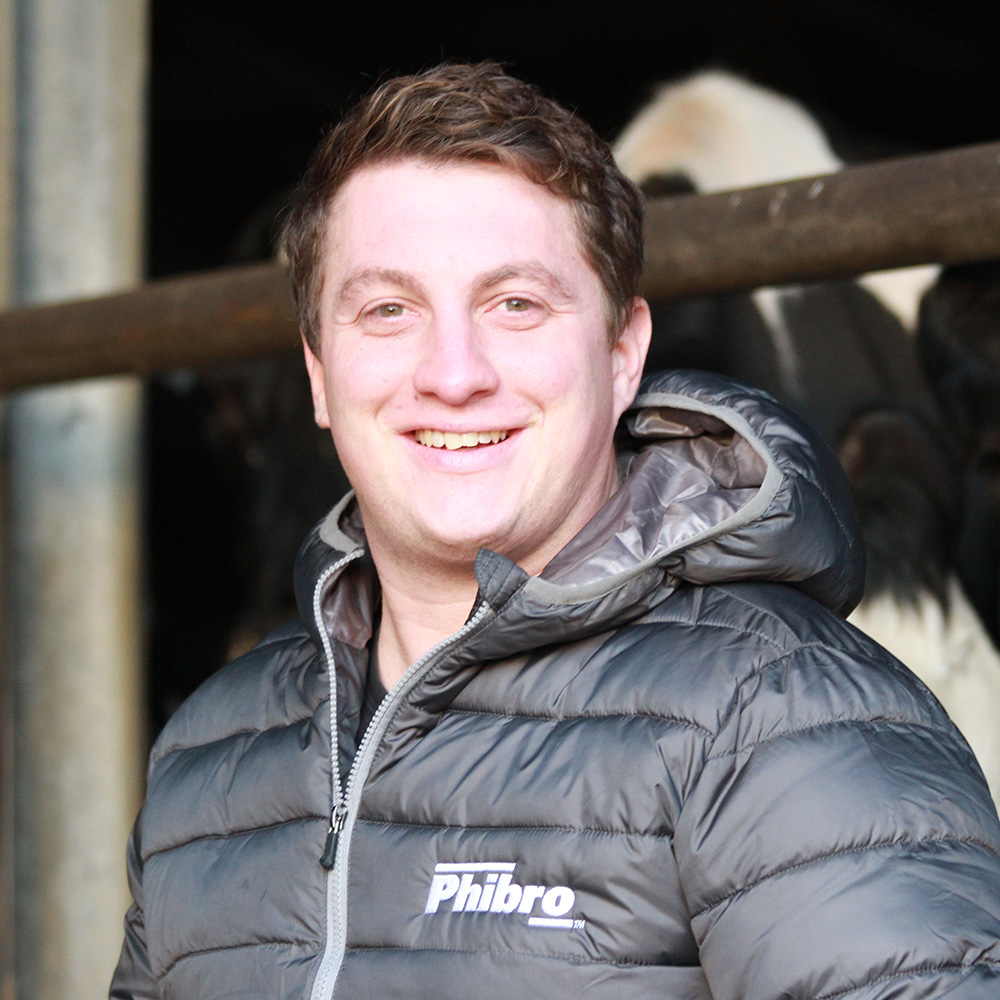 “Every change in the daily routine of a cow or calf causes stress, the most impactful of which are drying-off, calving, bulling, heat stress, group changes, treatments and changes in ration.”

Dairy cows are most comfortable when their surroundings are at a temperature below 20 degrees Celsius. When temperatures are moderate to high and humidity is raised, cows will eat less which leads to lower milk production and an increased risk of infection. For signs of heat stress, observe any increase in respiration rate, rumen size and lingering around water points.

See the table below to see from which temperature and humidity your cows suffer from heat stress.

View more information about heat stress on our dedicated page. 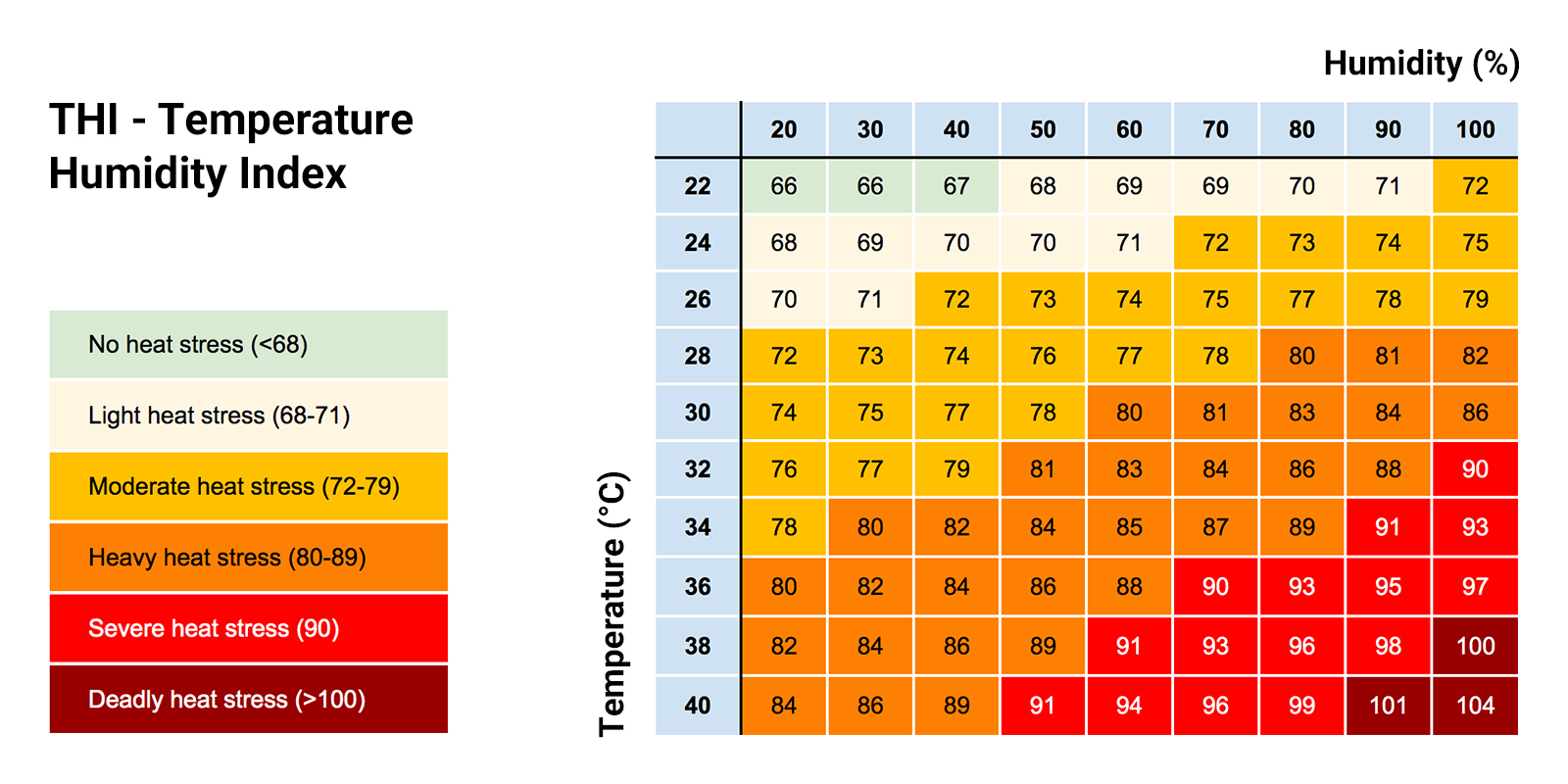 Drying a cow off comes with a lot of changes. Milk production ceases, the animal is placed in a different social group and the composition of her ration changes. In order for the cow to be ready for its next lactation the udder must be managed appropriately in order to limit the risk of infections during the dry period.

Every time a cow’s routine changes – either as a result of being moved from one group to another, or at spring turnout – she will experience increased levels of stress which can leave her more vulnerable to disease, especially if her immune system isn’t functioning at its optimum level.

It’s no secret that dairy cows need top-quality feed to produce at their optimum capability. But the transition from one ration or feedlot of silage to another can have a significant effect on their performance, with the stress of having to adapt to the new ration making them more susceptible to diseases. 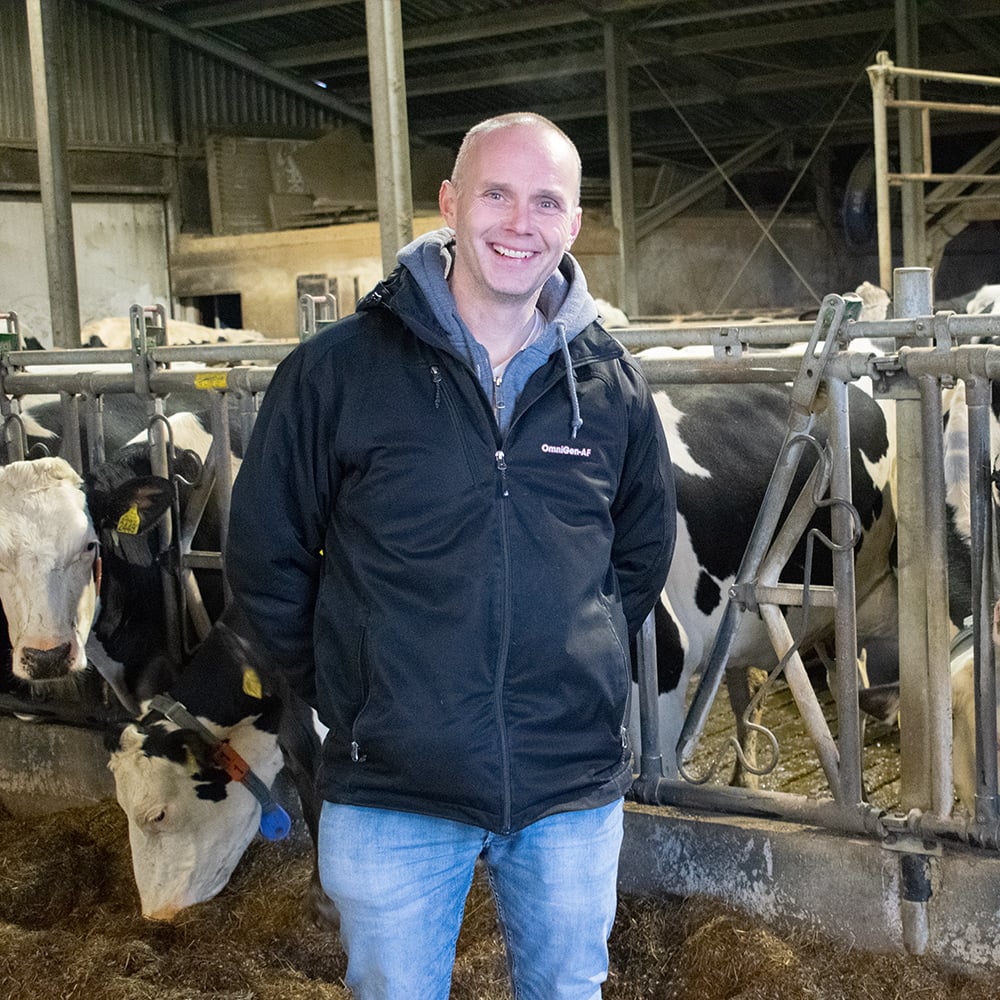 “The secret to optimising the productivity of dairy cows is keeping the number of changes to their routine to a minimum. Any changes that need to be made should be introduced gradually.”

Always one step ahead with OmniGen and Animate

Many of the stress factors experienced by dairy cows can be reduced by improving the way the herd is managed. However, cash flow and time challenges can limit how much change is practical. Using OmniGen throughout the year helps to support the immune system and mitigate the impact of stress events on your cows.

Adding Animate to the dry cow ration three weeks prior to calving enables you to get the most out of your livestock by optimising calcium metabolism which may result in healthier, more productive dairy cows. 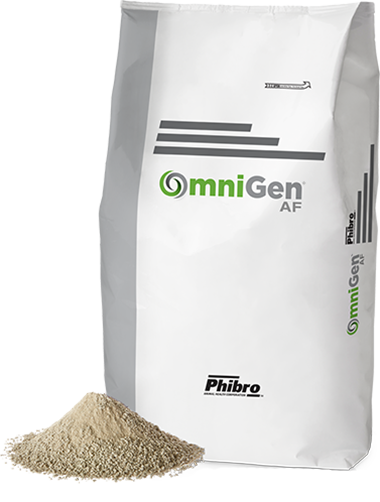 OmniGen helps to support the immune capability of dairy cows for optimised health and production. 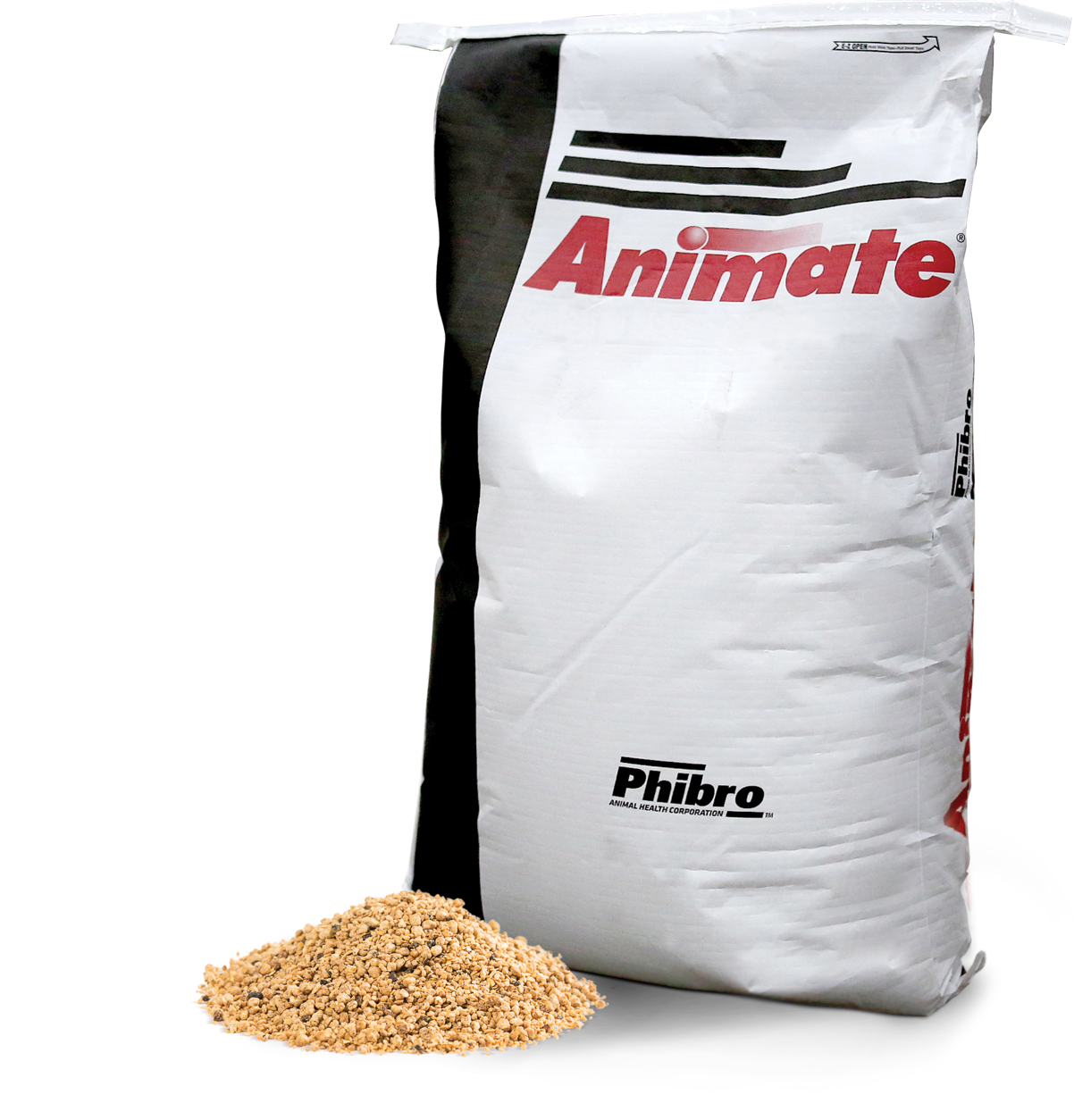 Get an immunity assessment for your herd

If you’d like to find out more about how we could help you to optimise your herd’s performance, please submit your telephone number to request a callback. We’ll call you within three working days to set a date for a telephone or face-to-face meeting to discuss the following:

We’ll work with you to understand your herd’s current status and to identify areas for improvement.

Designing a plan of action

We’ll recommend where improvements can be made and how our products can unlock your herd’s full potential.

We’ll carry out a detailed review to make sure the changes we’ve put in place are working effectively and, where necessary, provide additional support and advice to enable your herd to continue to improve.

Keep up to date!

For more information about any of our products, or to receive the latest news from Phibro, please subscribe to our newsletter.